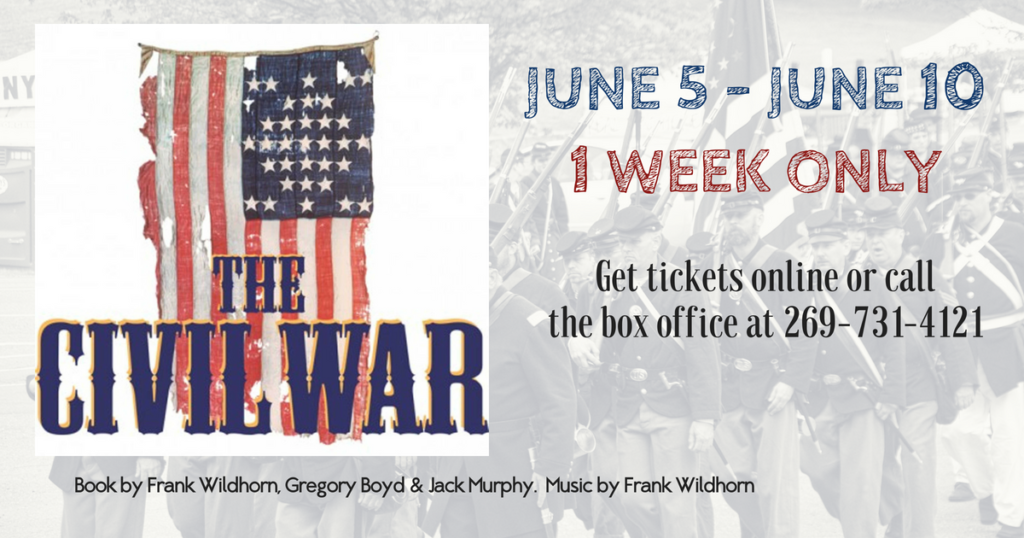 Drawing on letters, diaries, firsthand accounts and the words of Abraham Lincoln, Frederick Douglass, and Walt Whitman, The Civil War is a thrilling and awe-inspiring “dramatic theatrical concert.” The original Broadway production was nominated for multiple Tony Awards, including Best Musical, and features an unforgettable score filled with Gospel, Country, Rock and Folk by Frank Wildhorn. This epic thematic revue puts a human face on the greatest tragedy of American history. It explores the experiences of the soldiers and leaders who fought for their way of life. It also examines the lives of the lovers and families whom they left behind, as well as the hopes and fears of the slaves whose freedom was at stake. This musical passionately asks us to consider our beliefs about freedom, honor and faith.