BOOKS FOR THE FOURTH OF JULY AND OTHER OCCASIONS:

The Fourth of July Story by Alice Dalgliesh and Marie Nonnast

Eloise and the Big Parade by Kay Thompson and Hilary Knight

When Audrey Alice by Rebecca Behrens

Just a Drop of Water by Kerry O’Malley Cerra

The Detective’s Assistant by Kate Hannigan

David Bruce Smith, co-founder of the Grateful American™ Book Prize, says he is not surprised at how little adults know about the history of America.

In an interview with marketing editor Brian Feinblum, he said the problem is “multi-generational. Unfortunately, financial resources for education have been on the decline; teachers are often unqualified or uninterested in history–but told they must teach it–and big business has not absorbed the deficiencies–nor recognized that today’s students are their future employees.”

Smith cited a 2011 survey conducted by the American Revolution Center that sought to measure the country’s “historical literacy.”  The results were “distressing,” he said. For example, an alarming “89% of the respondents believed, that the Civil War occurred before the Revolutionary War.

That survey and other similar studies prompted him to establish the Grateful American Book Prize.  “History books, particularly text books, are notoriously boring.  Our aim is to encourage authors to liven things up.  The important thing is to make history books interesting.  There are many exciting stories to be discovered about the history of our country, stories that appeal to pre-teens and teens. In most cases, it’s not the stories that fail to engage; it’s the way they are told.”

The Prize recognizes the best children’s books in the genres of historical fiction and non-fiction written for the 7th-9th graders.  “This is the only prize of its kind at the moment.  Usually, prizes such as this weigh only the quality of the prose, and ignore the illustrations.  This one will consider both–if possible.  That ideal “marriage” will depend on the submissions, because I have discovered older fiction has less or no illustrations,” Smith added.

Smith’s list of recommended books for kids includes:
Esther Forbes’s, Johnny Tremain; Margaret Mitchell’s Gone With The Wind, The Diary of Anne Frank and Stephen Crane’s, ˆ. “I would also put in Mark Twain’s Huckleberry Finn; most people don’t recognize it as “historical fiction”, but it is.” 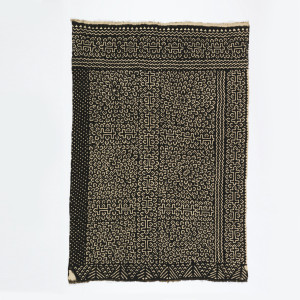 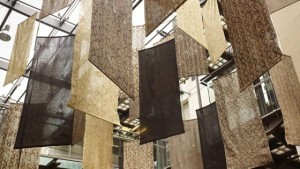 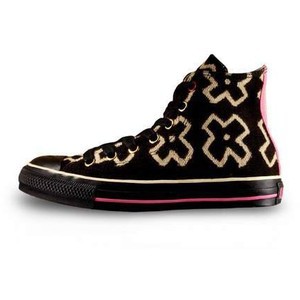 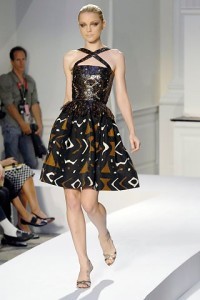 These are just a couple of the photos that John Staley took at the Portland show. Visit The Tubes Group on Flickr to see the rest. Thanks to John for letting us show his fine work. 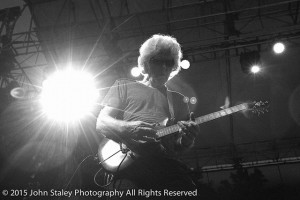 The outdoor season is upon us. The kids are on summer recess and top of mind for them is all the fun they will have engaging with friends and family in a boatload of activities. Most likely their teachers gave them obligatory reading lists or sent notes home suggesting that parents help the children pick their own books.

There’s a lot to choose from but considering the history deficit of today’s schoolchildren, the founders of the Grateful American Book Prize are keen to suggest a few good reads that might go a long way toward reducing it.

“Ugh! History books. How boring.” Not so says David Bruce Smith, co-founder of the Prize. “There are a wide variety of page-turners out there that tell fascinating, factual stories about America’s past. They are not history texts; they are novels and biographies, many of which your kids will find hard to put down. The thing about the genre is that whether they are non-fiction or fiction, they are good reads based on fact. It’s the whole point of the Grateful American Book Prize to encourage authors to write such knowledgeable works in ways that make youngsters want to read them.

Smith notes that this year’s recently issued ‘Nation’s Report Card’ from the Department of Education reports that young learners are retaining little about the history of the U.S. It seems that the emphasis in the classroom is on Math and Science and that history has been forced to take a back seat, he says.

Dr. Bruce Cole, the former chair of the National Endowment for the Humanities, co-founded the Prize with Smith. He says America has become “a country of historical amnesiacs” and the surveys and statistics bear this out, as shown by the National Report Card.

In fact, the 2015 latest National Assessment of Educational Progress report tested approximately 29,000 eighth graders and found that only 18 percent were proficient in history. Just 23 percent of them showed skills in civics.

In other words, kids today are hard pressed to describe key historical documents such as the Bill of Rights or to identify important historical figures, including our Founding Fathers. Many don’t know the roles George Washington, Benjamin Franklin or Thomas Jefferson played in the founding of America.

“That’s why we’ve put together a list of books that are bound to change and, more important, stimulate the minds of many early learners. They probably will find these stories so interesting that they won’t even know they are learning how to be good citizens who will enthusiastically participate in the democratic process as they grow older,” Smith said.

Here’s the list of book suggestions by the Grateful American Book Prize:

The Story of my Life, by Helen Keller

Paul Revere and the World he Lived In, by Esther Forbes

The Book Thief, by Markus Zusak

Will Poole’s Island, by Tim Weed (one of our submissions)

Silver for General Washington, A Story of Valley Forge, by Enid LaMonte Meadowcroft

To Kill a Mockingbird, by Harper Lee

From The Mixed Up Files of Mrs. Basil E. Frankweiler, by E.L. Konigsburg

Harriet the Spy, by Louise Fitzhugh

The Long Secret, by Louise Fitzhugh

Number The Stars, by Lois Lowry

A Wrinkle In Time, by Madeleine L’Engle

Music in the Park is joining forces with Juneteenth Festival to present a wonderful musical event taking place on June 20, 2015 from 10:00 in the morning until 9:00 at night. Charles Sumner Post #25, Grand Army of the Republic (G.A.R.) celebrates its first anniversary as a restored historic building with musical performances, tours of the historic building, laying of a wreath in honor of the U.S.C.T. (U.S.Colored Troops) at Memorial Park in Chestertown, activities for children, and soul food, including chitlins, crab cakes, fish and more. 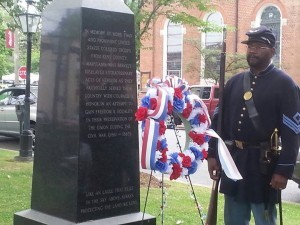 At noon the audience will move from the Festival site on South Queen Street to Monument Park, corner Cross and High Street in Chestertown for the ceremonial wreath laying at the Colored Soldiers Monument. Reenactors from B Company, 54th Massachusetts Volunteer Infantry, drummers of Mr. Leon Frision’s Kent County Middle School Band, members of the Buffalo Soldiers will join in the ceremony. 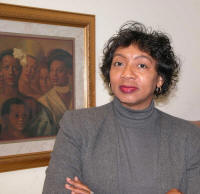 Keynote speaker, Dr. Clara L. Small, recently retired from her professorship in history at Salisbury University where she taught for thirty-six years. Her fields include Civil Rights in American Society, African American history, Racism and Discrimination, and much more. Her most recent publication is Compass Points: Profiles and Biographies of African Americans from the Delmarva Peninsula, Vol. 1 (2014). Among her many honors and recognitions is her appointment to the Governor’s Commission to Coordinate the Study, Commemoration, and Impact of the History and Legacy of Slavery in Maryland. 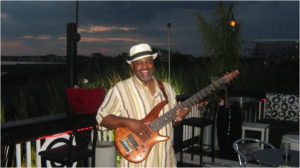 The Bratcher Project will perform at 2:30 pm. Developed by Vaughn Bratcher who assembles a rotating group of talented musicians to perform genres of music that lean slightly outside the mainstream, it intertwines traditional and contemporary jazz and R&B stylings. Bratcher, a native of our region has performed locally at the Chestertown Jazz Festival and continues to play at festivals and events throughout Maryland.

This free festival is at 206 South Queen Street, with food vendors in the meadow and music under the tent. Sponsored by Kent County Arts Council, Hedgelawn Foundation, M.O.T.A. of Kent County and generous community members.

Smilow Furniture’s solid walnut PDT 48 extension dining table with pedestal base was originally designed by Mel Smilow in the 1950′s and reissued by Smilow Design with the finest craftsmanship and exceptional detail.

The table may also be ordered without extension capability.

– Solid walnut Table with natural finish
– 48.0″ dia 30.0″h
– May be fitted with up to two 18″ extension leaves
– Custom sizes available with or without extension
– Made in America by Smilow Furniture
– Handcrafted

Made in America since 1949, there is a reason why we call Smilow Furniture: Enduring Modern Classics.