Last summer my dear friend and producer Cathy went on what she imagined would be a restorative family vacation. She rented a villa in Treasure Beach, on the secluded southern shore of Jamaica. She envisioned a week relaxing with her husband Chris, two sons and a dear friend. They stayed in a whitewashed villa next to the sea with inspiring views of the sunrise and sunset. The adventure was everything she expected, but she got so much more than she could have imagined.
While on the trip she had the good fortune of meeting Jason Henzell, the owner of Jake’s Resort. Jason was born in Jamaica, educated in the West Indies and the United States. His parents, the infamous Perry and Sally Densham Henzell raised Jason and his sister Justine near Treasure Beach. His father was the filmmaker who wrote, produced and directed the legendary Jamaican movie, “The Harder They Come” starring reggae star Jimmy Cliff. His mother is the visionary designer who created the arty-bohemian beach resort on the southwest coast of Jamaica, where she had been homesteading with her family since she was a young girl. Getting to know the Henzells on a dreamy vacation made it dreamier. The family members are regarded as local heroes, having contributed their artistic, eco-friendly entrepreneurship to the region for decades. While creating their visionary resort they established bonds with everyone from the local school children, artisans, merchants and fishermen to the Mayors and Prime Ministers of the country. Jason’s wife Laura runs a primary school called Little Fish where they are trying to open up the world of education to the local school children from a very young age. Seeing this full spectrum approach to civic activity and education nurturing, coupled with the respectful relationship between the resort owners and the all the grateful faces of the children ignited a desire to help. Soon she tuned into their most ambitious project, Treasure Beach Sports Park & Academy. The project is run by Breds, a non-profit, all-volunteer organization founded by Jason Henzell in 1998. The name means  “bredren” or “brothers” in the local dialect. Breds welcomes volunteer help, so Cathy and her husband Chris signed on to produce a video that would shed light on the Sports Park & Academy project. The video is geared to increase awareness and help raise funds to complete the final phase of the park. In the spring of 2012 she enlisted a top-notch production team to document the story of all the children who would benefit from a state-of-the-art educational sports program and facility. Cathy Stoia and Pamela Cederquist co-produced the documentary video and Zach Starr of Starr Media Designs directed. Chris Stoia was the Assistant Director. It is in post-production and will be released this summer. They cannot wait for you to meet the wonderful children and denizens of the Treasure Beach community who were interviewed in the film. One of Cathy’s favorites is a super shy 12-year-old girl who recently ran the 10 meter race in the lightning speed of 12.37 seconds. They transformed her life and she knows they will do the same to you.

You too can travel to Treasure Beach, meet the remarkable community, see the grateful, happy faces and witness all they are doing together. And perhaps you will join in and make some breds and sisters too. 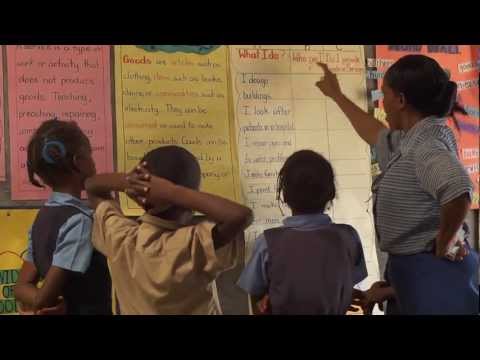